WOW (Wonder of Wonders)!! Now it’s February  2015.  Praise the LORD for blessing us with this New Year and all the assignments that He will entrust us to complete successfully.  It’s a year that we have never seen before nor will we ever see it again.  In fact some who see the beginning of this year may not see the end of it on earth but will transition out of it into eternity.  While here we will experience God’s best as long as we obey Him.  Glory to God for all His Wondrous Works in our lives.  God’s mercies are new every morning, His Compassion faileth not, and great is His faithfulness (Lam 3:22-23). Each day of the year is a new day and another chance that God blesses us with to know, grow and be successful in those things that He has purposed and designed for us

Preparation before performance is the key to success especially when opportunity shows up at your address.   Some of that preparation includes a renewed mind, a new way of thinking, a transformed mind, a paradigm shift, a change in mind-set and a new attitude.  If something is new it has not been previously used or owned.  So there will be challenges, experiences, goals, blessings, and opportunities that may not have existed before in or for you previously.   New also implies fresh and unused’, recently introduced to, inexperienced or unaccustomed to.   Please refrain from using someone else’s methods that present themselves to you trying to persuade or strongly encourage you to do things their way.    Let’s learn from David’s response when King Saul suggested that David use his armor to fight Goliath.  Saul was putting his trust in his weapons and armor of warfare.  David was comparing Goliath size, ability, power and harsh words with the power and promises of God.  So David decided that based on his relationship with and previous experiences with God in similar situations that God had proven on other occasions that nothing was impossible with God (I Samuel 17:38-40) David understood methods and motives greatly influences outcomes.  So even though the method is observable and sometimes known, the motive is unseen and thus sometimes unknown.    In David’s eyes, Goliath was like a mountain, a hindrance to Israel’s walking in the blessing of peace.  David as an Old Testament representative put in practice a principle taught by Christ in Mark 11:22-23.  He spoke to his mountain (Goliath), gave it instructions, prophesized it’s outcomes and followed through with corresponding action.  (I Samuel 17:45-54).  God performed through David every word that David had decreed.  The words that David spoke pleased God and God used those words as the highway to deliver to David exactly what he was expecting as demonstrated through his spoken words and corresponding action.

In the beginning was the Word and the Word was with God and the Word was God John 1:1-2).   The beginning is the place where something springs into being.  It is the act of starting something for the first time.  It is also the startup; origin and the source.    So everything had its origin and source with the Word of God.  Think about that.   The Word of God still creates and establishes the beginnings of all things.   According to John 1:14 And the Word was made flesh, and dwelt among us, (and we beheld his glory, the glory as of the only begotten of the Father,) full of grace and truth.   God’s Word is capable of bringing forth the fruit of whatever sees is planted.  According to I Peter 1:23, the Word of God is incorruptible seed that will produce miraculous action when mediated on, and spoken when believed into two places.  It is returned to God in prayer and spoken over our circumstances.  Anything that you want to create, control or change can be accomplished by the Word of God.  No Word of God is void of power.  The effectual fervent prayers of a righteous person make tremendous power available.  Also God’s Word spoken by a believer immediately deploys and dispatches angels.  These angels access resources and place them where they are timely available when needed.

As you reflect on 2014 is there anything that you desired to do and didn’t?   What was the source of that desire?  How did that desire compare to God’s desire for you?  Have you discovered and are you living God’s purpose for your life?  Where are you in the development stage of that purpose?   How did you demonstrate your gifts, talents, abilities and skills in 2014?  How do you plan to do so in 2015?  Do you recognize and immediately respond to all of your God-given assignments?  What opportunities did you seize in 2014?   Can you give examples of how you served as God’s distribution channel in 2014? Are you enjoying your life and being you as you were designed to be? How is your relationship with Jesus Christ?    Have you consulted the Holy Spirit about directions and priorities for 2015?   If not, why not and when do you plan to do so?

My book Equipped to Enjoy Life’s Journey is a great resource and must read for all who want to maximize their God-given potential and fulfill their destiny as we are designed to do so.  The book is readable and relatable.  The reader will acquire living bible based principles that can be immediately applied.    You can view the trailer, read a summary of the book and how to purchase the book by visiting my website at www.surporasparksthomas.com .  As available and upon request, I will accept invitations to facilitate small group discussions about the contents of the book.  Prior to the request, it is very important that each attendee read the book and be able to work from their book during the small group discussion.   I can be contacted via completion of the request form on my website. 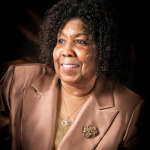 Surpora Sparks-Thomas, MBA, BSN, RN, and FAAN is Chief Nurse Executive Emeritus of Children’s of Alabama. Her nursing career spans 50 years with experience as a staff nurse and successive supervisory experience working every nursing level for 20 years and subsequent 28 years as the Chief Nurse Executive/Sr. VP Nursing of the then Children’s Health System. She retired January 1, 2010.   Mrs. Thomas has been inducted into the Alabama Health Care … END_OF_DOCUMENT_TOKEN_TO_BE_REPLACED